Today, the vast majority of the tea produced in the world is black tea. However, black tea appeared in China long after green tea, developing only in the late 16th century as a result of the economic growth prompted by the first exports. It is said that the first tea cargoes left Canton (now Guangzhou) green. During the six months spent at sea in the holds of the ships they oxidized, and were black by the time they arrived in England. This oxidation toned down the bitterness of the tea. The new taste was a perfect match for palates in the West, where milk and sugar were added to make the drink even sweeter.

Manufacture
We use the word black, but «Hong cha», the name used in China, actually means «red tea», in reference to the tawny colour the leaves develop when they are infused. Unlike green tea, black tea is completely oxidized. Oxidation is a natural browning reaction which begins as soon as the leaves are picked, and is encouraged by the wilting and rolling processes.
The freshly picked leaves are spread out indoors on large racks and warm air is circulated under them. This makes the leaves more pliable, so that they can be rolled without breaking. On average, the leaves are wilted for 12 hours, during which they are stirred every 2 hours. At the end of the process, the water content of the leaves is around 60%. They are then rolled, either by hand or more frequently using an «orthodox roller» to break up the cell structure of the leaves and free the enzymes which act as catalysts for the oxidation reaction. The leaves take on a tawny hue and the buds a golden tint.
The tea is then placed in a humid atmosphere (90 to 95% humidity) at a temperature of 22°C for 1 to 3 hours to encourage oxidation.
The final step of the process is to dry the leaves at 100°C to stabilise the product.

Preparation
Black teas are less sensitive to high temperatures than green teas.
They are prepared using simmering water and infused for around 4 minutes. Spring Darjeeling is infused just for 3 minutes at a slightly lower temperature. 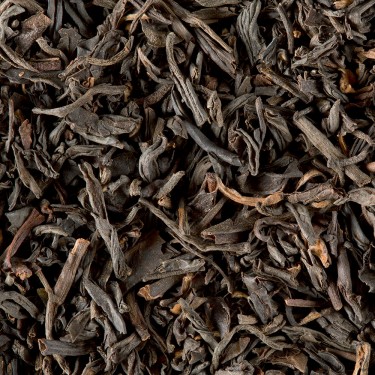 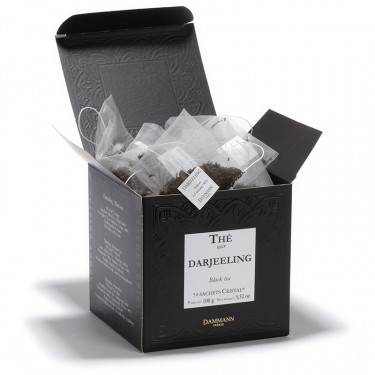 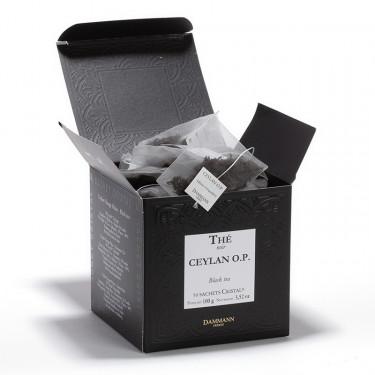 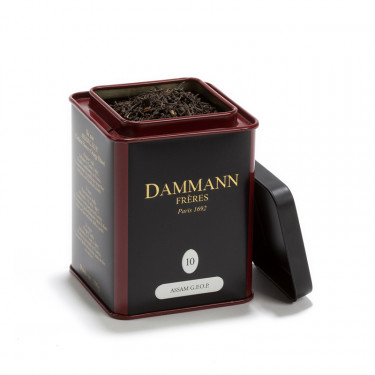